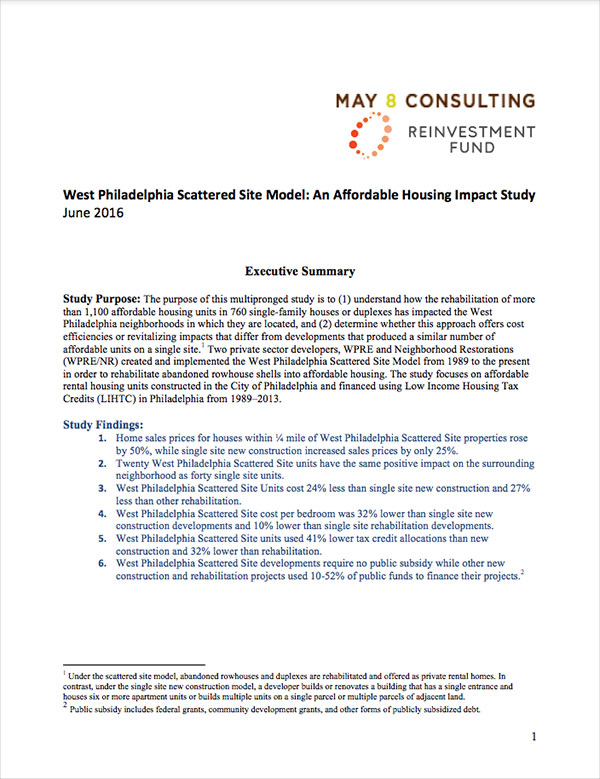 In this study, May 8 Consulting and Reinvestment Fund set out to understand how the rehabilitation of 1,100 affordable housing units in 760 single-family houses or duplexes from 1989 to 2013, has impacted the West Philadelphia neighborhoods in which they are located. It compared the scattered site approach to developments that produced a similar number of affordable units on single sites.

WPRE and Neighborhood Restorations (WPRE/NR), two private developers, created and implemented the West Philadelphia Scattered Site Model in 1989 to rehabilitate abandoned rowhouse shells into affordable rental housing. The projects used Low Income Housing Tax Credits (LIHTC) and private financing. The houses are located in some of area’s most economically distressed blocks. The developments led to a direct investment of more than $160 million in West Philadelphia.