An Action Plan for the Central Delaware 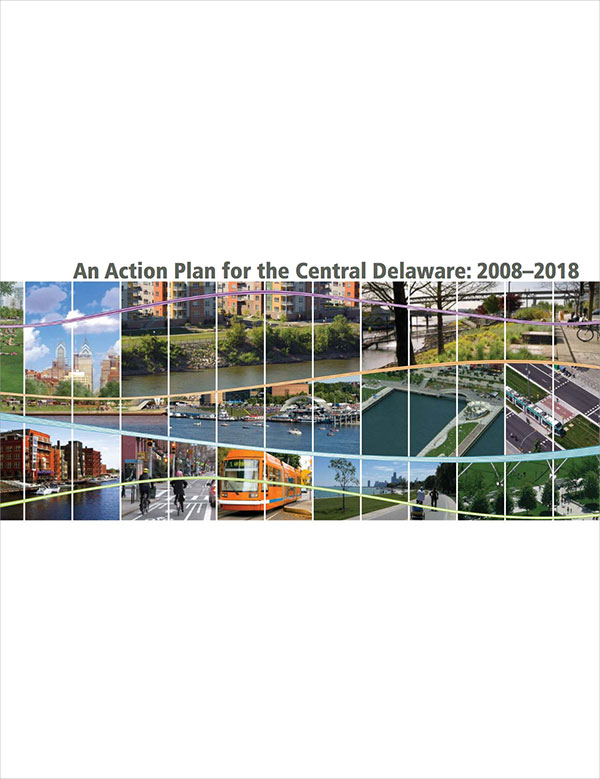 This action plan defines a set of concrete and doable actions needed to redevelop the underutilized, post-industrial Delaware riverfront. In 2007, Penn Praxis, the clinical arm of the University of Pennsylvania, brought together over 4,000 Philadelphians to create a vision for the future of the portion of the Delaware River that extends from the industrial port to the south through downtown and several river neighborhoods. This plan is an implementation guide to that vision and details how to redevelop the central Delaware riverfront as an open, green, active and connected community, a particular challenge because the vast majority of riverfront land is privately owned.

Working with Penn Praxis and fifteen river neighborhood civic associations, the Action Plan lays out a clear plan of action for the redevelopment of the river over the next ten years. The Action Plan describes what actions need to be taken, who has the authority to take each action, how much it will cost and what funding resources are available to pay for it. The action plan also explores the return on each dollar of proposed public investment so that the city can perform a cost benefit analysis weighing investment on the riverfront against other competing city objectives.

This action plan will guide public, civic and private actions that will determine the character and quality of the central Delaware for generations to come.